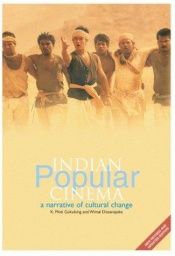 The book reviews nine decades of Indian popular cinema and examines its immense influence on people in India and its diaspora. Since it was published in 1998, Indian film has developed in new directions. As films today vie with Indian soap operas for popularity, film making in India has acquired 'industry status' and consequently has greater accountability to its public.

All this is reflected in this new and extensively revised edition of "Indian Popular Cinema". It tracks the rise of "designer cinema," reviews the increasingly significant Tamil cinema, and considers films made by Indians in the diaspora.

Gospel of the Living Dead

The Art of Walt Disney: From Mickey Mouse to the Ma …