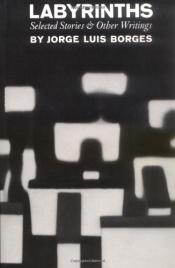 If Jorge Luis Borges had been a computer scientist, he probably would have invented hypertext and the World Wide Web.

Instead, being a librarian and one of the world's most widely read people, he became the leading practitioner of a densely layered imaginistic writing style that has been imitated throughout this century, but has no peer (although Umberto Eco sometimes comes close, especially in Name of the Rose).

Borges's stories are redolent with an intelligence, wealth of invention, and a tight, almost mathematically formal style that challenge with mysteries and paradoxes revealed only slowly after several readings. Highly recommended to anyone who wants their imagination and intellect to be aswarm with philosophical plots, compelling conundrums, and a wealth of real and imagined literary references derived from an infinitely imaginary library.

A universal history of infamy

The Book of Imaginary Beings

The Book of Sand and Shakespeare's Memory