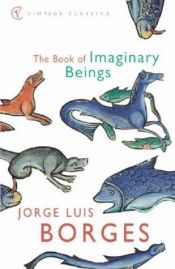 The Book of Imaginary Beings

Book of Imaginary Beings was written by Jorge Luis Borges, published in 1957 under the original Spanish title Manual de zoología fantástica, and expanded in 1967 and 1969 in Spain to the final El libro de los seres imaginarios. The English edition, created in collaboration with translator Norman Thomas di Giovanni, contains descriptions of 120 mythical beasts from folklore and literature.
In the preface, Borges states that the book is to be read "as with all miscellanies... not... straight through... Rather we would like the reader to dip into the pages at random, just as one plays with the shifting patterns of a kaleidoscope"; and that "legends of men taking the shapes of animals" have been omitted.

A universal history of infamy

The Book of Sand and Shakespeare's Memory

Underground: The Tokyo Gas Attack and the Japanese …