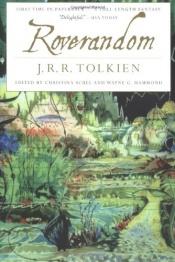 Roverandom is a novella by J.R.R. Tolkien, originally told in 1925, about the adventures of a young dog, Rover. In the story, an irritable wizard turns Rover into a toy, and Rover goes to the moon and under the sea in order to find the wizard again to turn him back into a normal-sized dog. The author wrote Roverandom for his son Michael to amuse him upon the loss of his favorite toy, a little leaden dog. The work is in tone a children's story, but contains many allusions and references in the manner of Farmer Giles of Ham.
It was submitted for publication in 1937 after the success of The Hobbit, but was not published for over sixty years, finally being released in 1998.

Fantastic Beasts and Where to Find Them

Quidditch Through the Ages