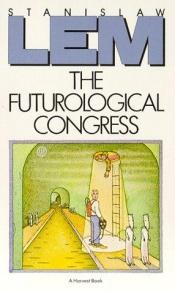 Bringing his twin gifts of scientific speculation and scathing satire to bear on that hapless planet, Earth, Lem sends his unlucky cosmonaut, Ijon Tichy, to the Eighth Futurological Congress. Caught up in local revolution, Tichy is shot and so critically wounded that he is flashfrozen to await a future cure. Translated by Michael Kandel.
Ijon Tichy, Lem's Candide of the Cosmos, is plunged into another adventure which satirizes the population explosion and sociologists' attempt to understand what they cannot control.

Dr. Bloodmoney, or How We Got Along After the Bomb