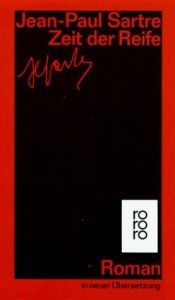 The first novel of Sartre's monumental Roads to Freedom series, The Age of Reason is set in 1938 and tells of Mathieu, a French professor of philosophy who is obsessed with the idea of freedom. As the shadows of the Second World War draw closer -- even as his personal life is complicated by his mistress's pregnancy -- his search for a way to remain free becomes more and more intense.

I Fluently and confidently and enjoying the book. You are such a good Author! ... If you have some great stories like this one, you can publish it on Novel Star, just submit your story to [email protected] or [email protected]