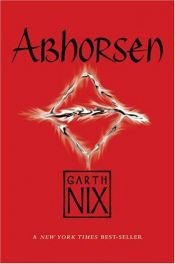 Abhorsen is a fantasy novel by Australian writer Garth Nix, first published in 2003. It is the final novel in his Abhorsen trilogy and his third book in the currently five book long planned Old Kingdom series.
Abhorsen features Lirael, who is the recently revealed Abhorsen-in-Waiting; Prince Sameth, who is Lirael’s new-found nephew and descendant of the Wallmakers; Mogget, a bound servant of the Abhorsen line; and the Disreputable Dog.
The novel is named after the position of Abhorsen in the book's world. The origin of this title is known: Nix chose the name referencing "Abhorson", the executioner in Shakespeare's Measure for Measure.

Not as good as Sabriel, but still a good ending.

Really good conclusion to the trilogy.

Wizard of the Grove