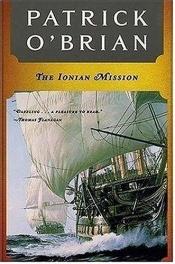 The Ionian Mission is the eighth historical novel in the Aubrey-Maturin series by Patrick O'Brian, first published in 1981. The story is set during the Napoleonic Wars.
The plot begins with the marriage of Dr Maturin and Diana Villiers. Soon after, Captain Aubrey takes HMS Worcester on blockade duty around Toulon, France, until the ship is sent for refitting. With these refitting, he is reassigned to HMS Surprise on which he, Maturin and Professor Graham seek a new ally among the pashas on the coast of the Ionian Sea.