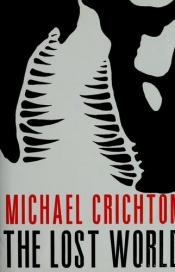 The Lost World is a techno thriller novel written by Michael Crichton and published in 1995 by Knopf. A paperback edition followed in 1996. It is a sequel to his earlier novel Jurassic Park. In 1997, both novels were re-published as a single book titled Michael Crichton's Jurassic World, unrelated to the film of the same name.
Like Arthur Conan Doyle's novel of the same name, Crichton's novel concerns an expedition to an isolated Central American location where dinosaurs roam—though in this case, the dinosaurs were recreated by genetic engineering, rather than surviving from antiquity.