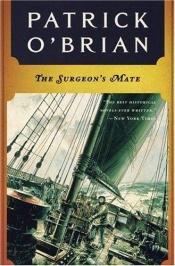 The Surgeon's Mate is the seventh historical novel in the Aubrey–Maturin series written by Patrick O'Brian, first published in 1980. The story is set during the War of 1812 and the Napoleonic Wars.
Buoyed by the victory over an American ship, Aubrey, Maturin and Diana Villiers speed to England on a mail packet that is chased for the papers in Maturin's hands, and possibly for Diana herself. The second copy of the great news is thus first to arrive in England, sailing to outrun the Americans. Aubrey then commands HMS Ariel for a mission on the Danish coast, which ultimately leads him and Maturin once again to prisoner of war status.