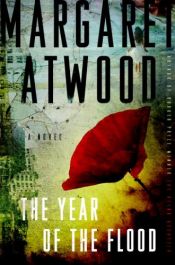 The Year of the Flood is a novel by Canadian author Margaret Atwood, released on September 22, 2009 in Canada and the United States, and on September 7, 2009, in the United Kingdom. The novel was mentioned in numerous newspaper review articles looking forward to notable fiction of 2009.
The book focuses on a group called God's Gardeners, a small community of survivors of the same biological catastrophe depicted in Atwood's earlier novel Oryx and Crake. The earlier novel contained several brief references to the group.
It answers some of the questions of Oryx and Crake and reveals the identity of the three real human figures who appear at the end of the earlier book and sets the scene for the final book of the trilogy, MaddAddam.

Half of a Yellow Sun

When Will There Be Good News?