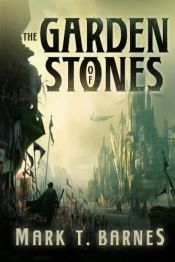 The Garden of Stones (Echoes of Empire Book 1)

When the Shrīanese Empire explodes into civil war, fighters of all kinds flock to the banners of their lords. Indris, a skilled swordsman and brilliant sorcerer, seeks to end the bloodshed once and for all. He knows this war is simply a ruse—a power play by a ruling Family desperate to take control of the Empire by any means necessary. Indris cares little for the politics except to see that justice is upheld. But even he can't see the terrible price his opponents are willing to pay to secure their legacy.

A true epic, the first book in the Echoes of Empire series creates a spellbinding new world. With its twisted politics, new races, compelling heroes and villains, and unique magic, The Garden of Stones is a lyrical fantasy on the grandest scale.